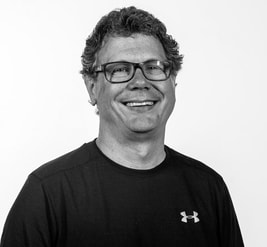 Warren and Melissa Smith have been married since 1991 and have two grown children, Tanner and Rachel. Melissa is a veterinarian with a passion for small animals. Tanner is a graduate of Lincoln Land Community College where he earned certification as an aircraft mechanic and is currently a residential student at Liberty University pursuing a career in aeronautics. Rachel is a graduate of Liberty University and an accomplished pilot; she currently resides in the Bloomington area with her husband Grant.

Warren was born and raised right here in Atlanta, IL and graduated from Olympia in 1983.  After High School, Warren pursued a career in aviation while attending the University of Illinois in Springfield earning a Business Degree. Warren has flown professionally as a corporate and airline pilot for over forty years accumulating over 11,000 hours in air. He enjoys motorcycles, boating, woodworking, and every second spent with family.

Warren grew up in church and has always felt the presence of God in his life.  Sprinkled as an infant, Warren chose to be baptized through immersion in 2005.  He was unable to serve in the local church for many years due to irregular airline and corporate flying schedules, however, that all changed when he accepted a job with the Federal Aviation Administration in 2008.  With a more stable schedule, Warren has continued to grow in faith and in service to the Lord. In 2010 he began serving as deacon and in 2011 was affirmed as Elder. In 2014, Warren stepped in as the Volunteer Director of Youth and Family Ministries, a role he continues to this day working with the youth of the community.  In 2019, Warren was accepted into a residency program at Eastview Christian Church and gained valuable hands-on leadership experience in a large church venue. Warren is also a graduate of Moody Theological Seminary.